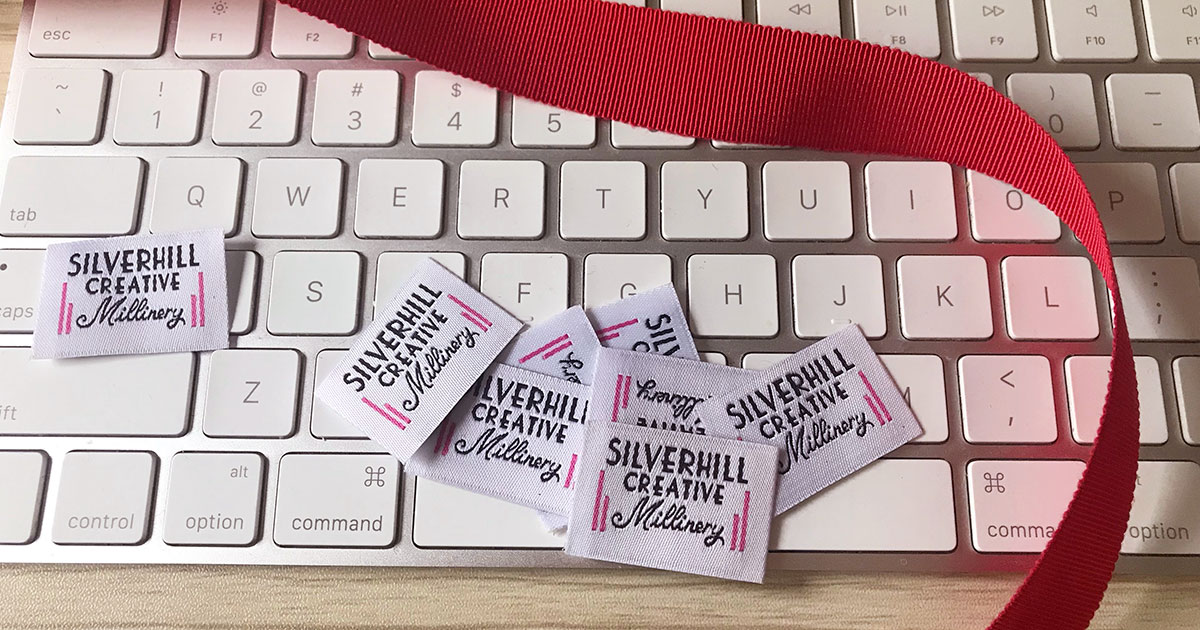 I am a passionately political person — and I keep my millinery business almost entirely apolitical.

That has always been a deliberate choice, and as a general thing, that’s going to continue. However, I feel compelled today to write about the intersection of making/selling a product and sharing political views.

Over this weekend, a hat-maker went viral for selling yellow Star of David badges that said “not vaccinated.” In multiple social media posts, she equated wearing masks and vaccine records with the oppression and extermination of Jewish people in the Holocaust.

I can’t stay silent. This is utterly grotesque and unforgivable. (The subsequent “apology” wasn’t a real apology, and she’s more or less doubled down on the comparison.)

To be utterly clear: Nobody in the U.S. is forcing unvaccinated people to wear a label of any kind. Nobody is requesting “papers” in the form of vaccine records in order to enter a store or fly on an airplane. And even if that were happening, it would still be an inaccurate and offensive comparison.

The yellow star wasn’t a label for someone to merely be publicly insulted. It was a marker first for, among other things, banning Jews from owning businesses — something unvaccinated owner Gigi is still allowed to do. And then, of course, came the concentration camps, torture and murder.

Anyone who equates “papers” now with “papers” then is minimizing the Holocaust, comparing modern annoyance or inconvenience (that is equally applied to all races and religions) to the systematic murder of a group of people. The evil of the Holocaust wasn’t excessive documentation; it was death.

As a milliner, my hats don’t express my views. As a person, I stand firmly against antisemitism, racism and bigotry.

This might be one of the few times I get political with my public statements, so here’s why I don’t usually:

I Don’t Want the Drama

For me, hats are an escape from the ugliness of the world. A hat’s purposes are simple: keep your head warm or sun off your face, decorate yourself to look fancy or sassy, match your outfit, cover a bald spot, whatever. They’re supposed to be beautiful and fun.

A post shared by Hats by Kristin Silverman 🎩👒 (@silverhillcreative)

There’s a reason I’m not a politician or a lawyer or even an activist blogger. It’s not because I don’t care about political issues. It’s because I prefer my role to be adding beauty to the world, even if it’s just a few hats.

I am confident in my political views. I am not ashamed of them. If it’s important to you to back businesses that share your political views and not support those that don’t, I fully understand. If you want to know my views before spending money with me, I respect that. You can ask me, and I will give you an honest answer.

But I don’t want my social media to be a battleground for political debate and insults. My Instagram and Facebook and Twitter accounts are mostly places for sharing pretty images and commenting on happy things.

Another reason I don’t get political with my business page is that it always feels weird and out of place (both for myself and for large companies).

There are a few brands that are relentlessly political — Penzey’s Spices, for example — so people are used to seeing overtly political content. But for other businesses and brands, it seems to come out of nowhere.

It’s especially noticeable when it seems that brands do it just because it’s cool or expected or whatever. I’ve read critiques from members of vulnerable groups who note that businesses post Pride rainbows or Black Lives Matter posts when it’s trending or the thing to do, but they don’t follow that up with consistent action and activism.

I agree with that critique. What sense would it make for me to post a black square or a rainbow when it seems to come from nowhere?

I support BLM and the LGBTQ+ community. This might be the only time I overtly state it, and the primary reason is because I don’t want to feel like I’m capitalizing on an issue simply when it’s popular or convenient.

This weekend is Memorial Day, and I’m also not having a Memorial Day sale for a similar reason. It makes no sense to me to tie a completely unrelated business to honoring fallen soldiers. It feels weird and icky.

There’s one exception to my “no politics” rule: The United States Postal Service.

And the reason is this: It is very much related to my business and my ability to do business.

As a small business, I absolutely rely on the USPS. Hats don’t weigh much, but they take up a lot of space for their weight. USPS prices based on weight. FedEx and UPS price based on size.

USPS is always more affordable for me to use as a shipping carrier. Despite people’s problems and complaints with USPS, I personally find that service is dependable and almost always faster than the private carriers.

The postal service is under threat by Postmaster General Louis DeJoy, a political appointee who has a direct interest in destroying the USPS. Remember all those delays last Christmas? That was his evil plan, when he removed sorting machines and closed facilities.

I have openly stated on my social media and will say so here again: DeJoy must be fired, and we must save the United States Postal Service. Innumerable small businesses rely on it. If you’re in the United States, please contact your Senators and Representative to urge them to save the Post Office.

For the sake of keeping all my “politics” under one post, here’s where I’ve gotten semi-political before: